What is GPU video conversion?

GPU encoding allows the video conversion and transcoding sofrtware like FFMPEG (that Publitio use) to use new NVIDIA® CUDA™, AMD® and Intel® Core™ technologies to convert any video in all popular formats up to 10x times faster. The processing demands from high quality video applications have pushed limits for broadcast and telecommunication networks. Consumer behavior has evolved, evident in the trends of OTT video subscription and the rapid uptake of live streaming. All social media applications now include the feature on their respective platforms. This makes video conversion i.e transcoding a critical piece of an efficient video pipeline. The massive video content generated on all fronts requires robust hardware acceleration of video encoding, decoding, and transcoding. 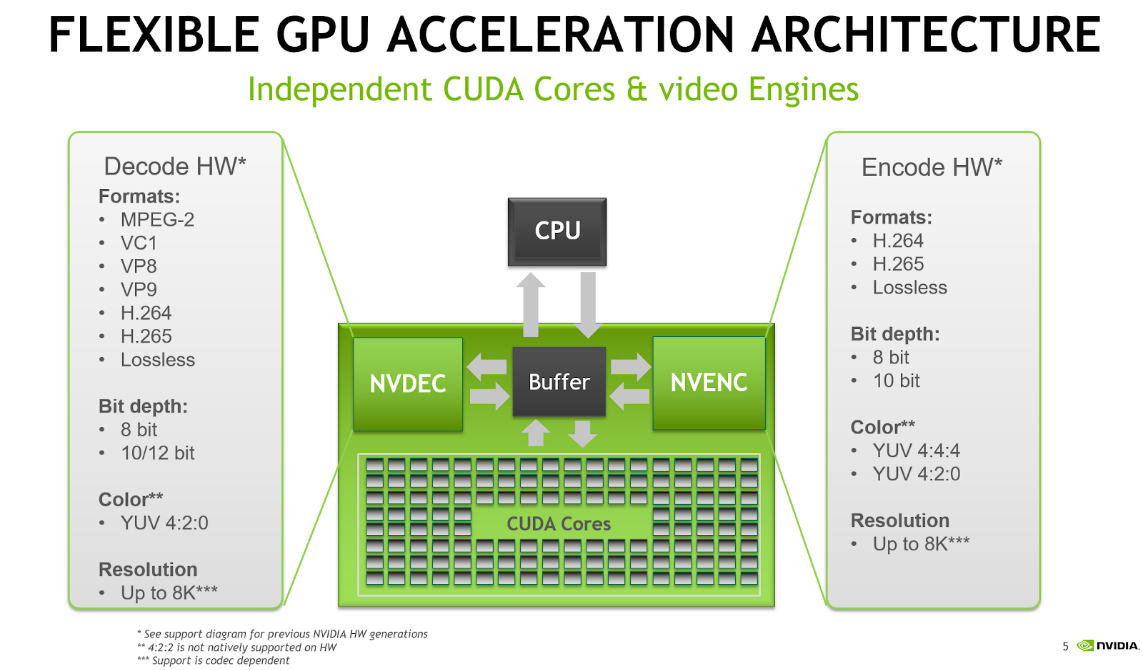 while ffmpeg command with GPU conversion of same video:

How to use GPU video conversion with Publitio

This feature is now available for all Publitio accounts, while Premium and legacy Professional plans will have priority in queue for videos processing (meaning your videos come first). Jump straight to Publitio Dashboard and start uploading your videos and see for yourself the power of fastest video processing available.